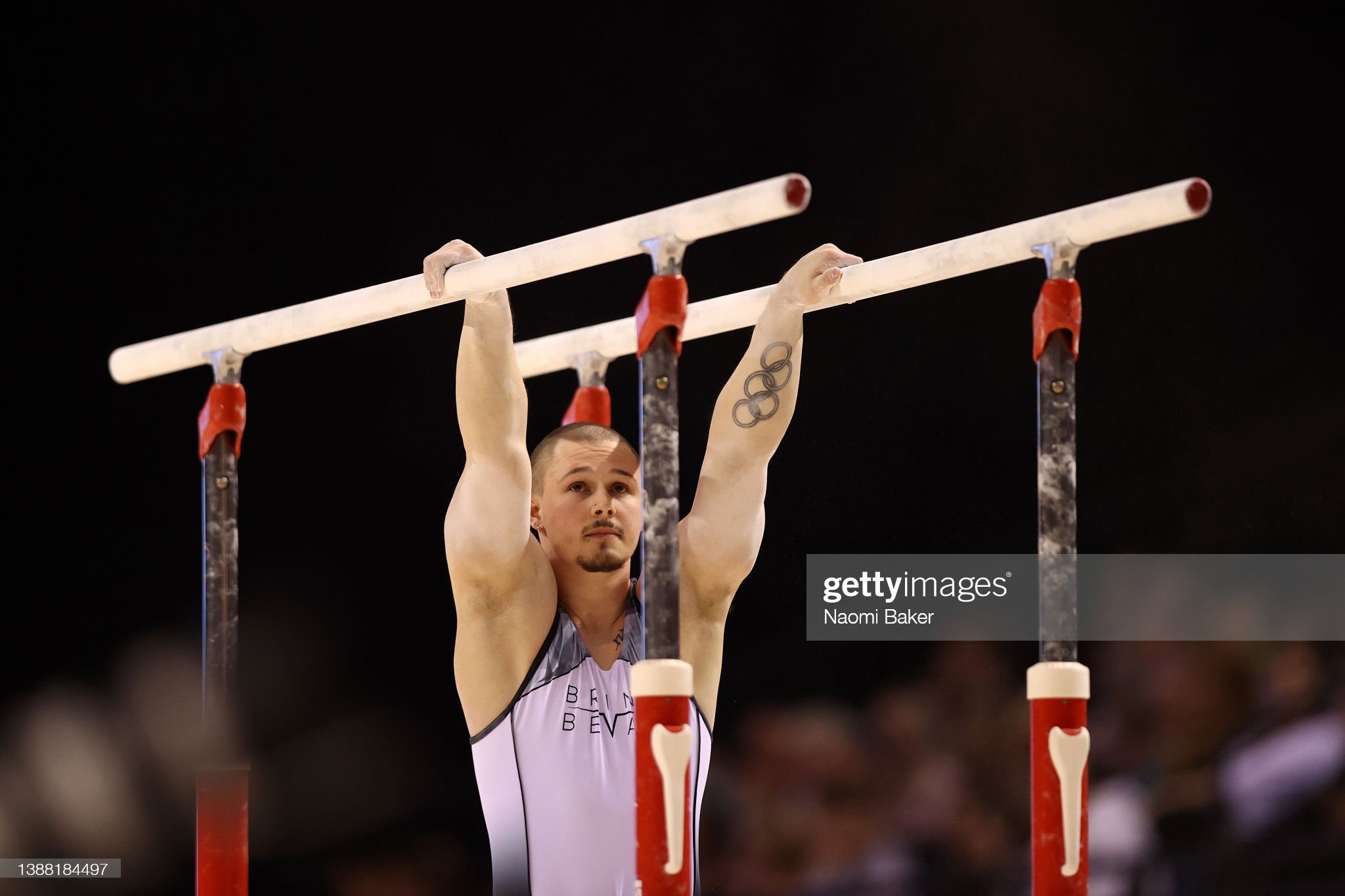 Brinn Bevan is off to his first Commonwealth Games. Pic: Getty Images.

Olympian Brinn Bevan will head a team of 13 gymnasts selected by Wales to compete at the Commonwealth Games in Birmingham next month.

Bevan – who competed for Great Britain at the Rio de Janeiro Olympic Games in 2016 – will be the most experienced gymnast in the group of five men and eight women.

Jo Coombs, performance director at Welsh Gymnastics, said: “We are thrilled to announce our gymnasts who will travel to Birmingham to represent their country this summer.

“This team announcement is the culmination of an enormous amount of hard work, dedication and commitment in a cycle that has been heavily impacted by the COVID-19 pandemic.

“Preparation for these Games has been like no other and has taken all the coaches, gymnasts and support staff innovation and commitment to enable us all to continue training, competing and mentally being ready for what lies ahead.

“We couldn’t be prouder of all who have been chosen to compete at the Games.”

The team for Birmingham includes two gymnasts, in Frizelle and Cook, who return for a second Games having also been part of Team Wales at Gold Coast 2018.

Cook is part of a strong men’s line-up who are bidding to create history in Birmingham by winning what would be a first-ever men’s team gymnastics medal for Wales.

He is joined by Rio Olympian and former British all-around champion Bevan, along with Cemlyn-Jones – who in 2021 competed at the World Championships as well as winning all-around silver at the British Championships – and also Barber, who was a travelling reserve to Australia four years ago.

Completing the team is Edwards, who now follows in the footsteps of older brother Matthew Hennessey, who went to the 2010 Commonwealth Games in Delhi as part of Team Wales.

It’s an exciting women’s artistic team with all five selected in what is their first year as senior gymnasts.

In Welsh senior all-around champion Maracha, Morgan and Stickler, it includes three of the British women’s artistic senior squad for 2022.

At the Artistic British Championships at the end of March, Stickler bagged a brilliant bronze medal for her floor routine, while Micallef won bronze on the vault.

We are delighted to announce our Women’s Artistic Team who have been selected to represent @TeamWales at @birminghamcg22 🏴󠁧󠁢󠁷󠁬󠁳󠁿#B2022 pic.twitter.com/b3x0R5iNTZ

The rhythmic line-up for Birmingham is completed by Carpenter, an exciting prospect who won silver in the all-around and across all four apparatus at the Welsh Rhythmic Championships earlier this month.

“It’s exciting to see both familiar faces that have represented Team Wales previously, and new athletes who will get to experience their first taste of the Commonwealth Games.

“It’s encouraging to see all the talent coming through. I wish them all the best in Birmingham, what will be a Games to remember.”

The artistic gymnastics competition takes place at Arena Birmingham across five days between 29th July to 2nd August before rhythmic gymnastics then takes centre stage there from August 4-6th.

Coombs added: “For gymnastics, this is a huge opportunity to showcase Welsh talent. It is the only opportunity in gymnastics for gymnasts to represent Wales at a major event allowing us to be in a very privileged position of promoting gymnastics in Wales for Wales.

“The gymnasts are so passionate and proud to represent their country and be part of supporting the growth of the sport into the future.

“We wish them all well and can’t wait to see what the Welsh Gymnastics’ 2022 Commonwealth Games team achieve.”