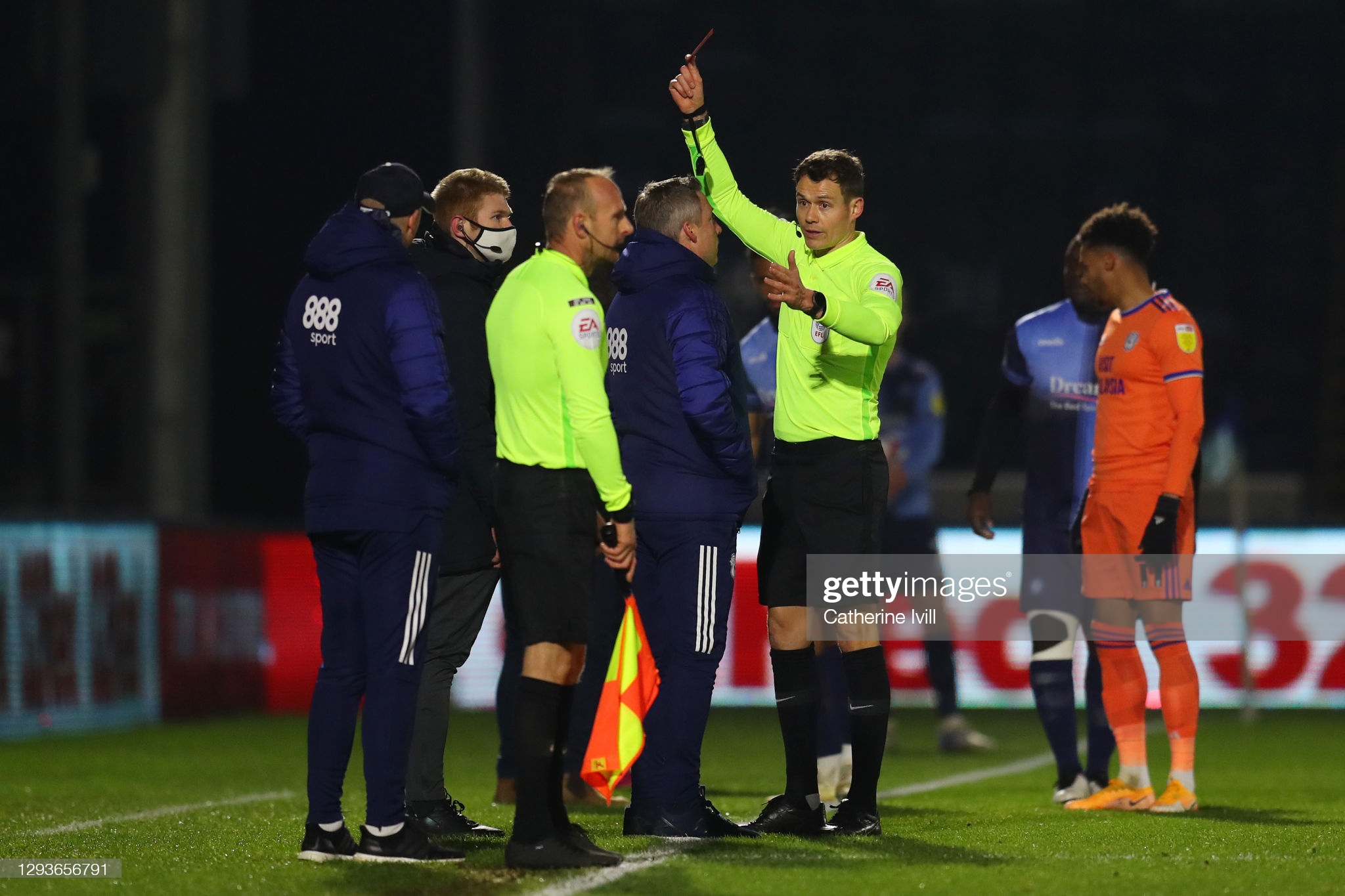 Neil Harris is not only battling for his job at Cardiff City, but now has an FA misconduct charge to fight as well.

The Bluebirds boss was shown a red card by Leigh Doughty for dissent on Tuesday night as his team slumped to a 2-1 defeat at bottom of the table Wycombe Wanderers.

That made it three defeats in a row, and four in the last five games, and saw last season’s play-off semi-finalists clump to 15th in the Championship.

It was the second time this season Cardiff had lost to the bottom team in the league and this weekend they head to Rotherham, who are one off the bottom.

“I’ll have to respond to the FA charge by next week, so I have to look at the written report. I’ll be back on the touchline at Rotherham,” said Harris.

“I let my frustration get the better of me in a split moment. The reality is that pressure mounts when you don’t win games of football.

“It was a game we shouldn’t have lost in a million years and I thought the referee was abysmal. Anger comes out a little bit more when you are under pressure and want to win so much.

“Yes, there is pressure on my shoulders and it is a huge game in my tenure at Cardiff City on Saturday. We’ve lost three in a row and I don’t want to make that four.

“It’s important we respond and it will be all about the result on Saturday rather than the performance.”

Harris will be another key player short for the trip to Rotherham after club captain Sean Morrison picked up an ankle ligament injury at Wycombe. He will have a scan over the weekend to see how long he will be out of action.

He joins Keiffer Moore, Lee Tomin and Jordi Osei-Tutu on the sidelines, while there are fears that Welsh international Harry Wilson might have to sit out the weekend after taking some heavy tackles in the last three matches.