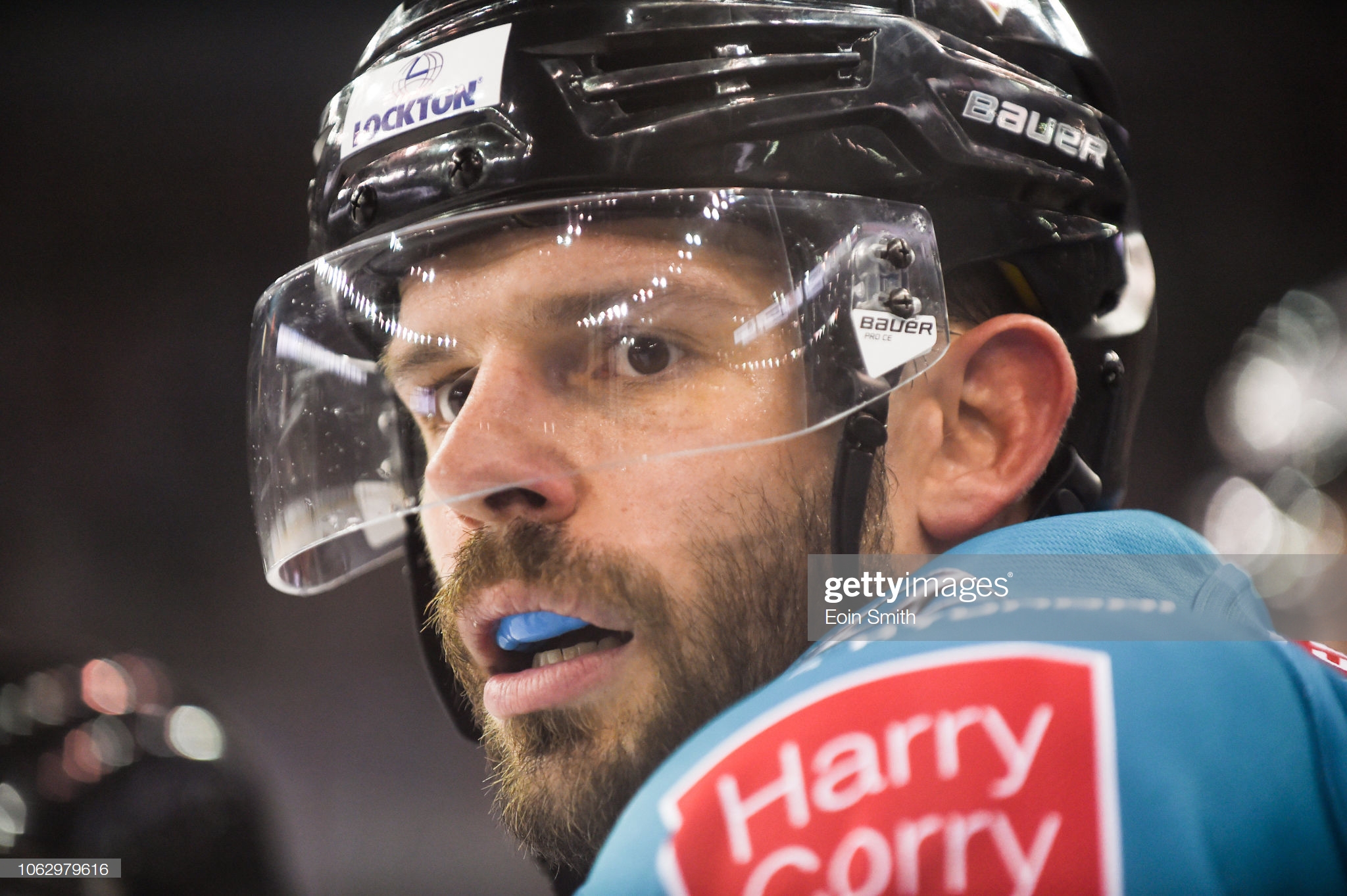 The Canadian hit man from Kamloops left EIHL title winners Belfast Giants in the Middle of a two-year contract – and had every right to do so.

“Devils were the only team in Britain I would have moved to,” said Riley, who activated a clause in his Belfast deal which gave both parties an option to terminate the second year once the season had ended.

“To clarify – I fulfilled the obligations of my contract.”

Devils head coach Andrew Lord and managing director Todd Kelman spoke to Riley after the 2018-19 season had ended and he opted to leave Northern Ireland to play in Wales.

He left Belfast after three years, having scored 88 goals and 230 points in 211 games across the Elite League, Challenge Cup and Continental Cup.

Riley was Giants captain in the last two seasons, firing 38 goals and 86 points last season when Belfast won the Elite League after finishing level on points with Cardiff and the Challenge Cup.

Cardiff denied Belfast a trophy treble when they defeated their rivals in the play-off final.

“Lordo and Todd reached out to me some time after the season ended and sold me on what they were looking to do. It felt right to me and I’m looking forward to the challenge.

“It hasn’t sunk in yet. The move will only become real once I arrive in Wales, settle into the city and see my new team-mates.

“But it’s exciting, new and something to look forward to.”

Riley’s departure sparked a social media furore among Belfast fans who didn’t realise there was a get-out clause in his contract for either party.

“Thanks for the warm welcome @cardiffdevils fans, the best wishes and farewells from @BelfastGiants fans and even the hate messages from some.

“If the fans weren’t passionate about their teams this game wouldn’t be nearly as much fun.

“It felt like time to make a change after having three phenomenal years in Belfast and I have nothing, but good things to say about that organisation.

“I also had three great years with Adam Keefe, too – one as a player and the last two where he was my coach.”

There is sure to be a warm welcome for Riley when he returns to the SSE Arena in Belfast during the coming season and insists some of the flack he’s taken online by fans is not being taken personally.

“I’ve known all along just how passionate a fan base Giants have and it was fun to play there and win,” he says. “It was difficult when we weren’t having success and the fans expect to win.

“We celebrated the big moments, but were criticised by the negative things. That’s just what happens.

“The reaction to my move is not something I’m surprised by to be honest and I don’t take it personally. There are things people say on social media that are entertaining for me and make it enjoyable.

“It also shows people care and I look forward to the response I’ll get when I go back to the SSE Arena. I made a lot of good friends, too, of course – on and off the ice so. It will be fun when I return there.”

Riley was among five signings announced by Devils during their summer summit in Calgary when owner Steve King hosted key members of the organisation including Lord and Kelman.

Riley’s move is one has excited the Devils fans in the same way it frustrated Giants supporters. He is the eighth player to leave the championship-winning side since April.

“The first thing that stood out for me playing against the Devils over the last three years was the compete level. The two teams went at it for the league title and Cardiff had a team that played hard and stuck to a system.

“They recruit a lot of talented players and have a good nucleus of guys who have been there for a few years now, winning trophies.”

Former New York Islanders signing Riley did not make an NHL appearance, but he did play 354 matches in the American League, scoring 38 goals with 46 assists (84 points).

He played for Islanders’ affiliate Bridgeport Sound Tigers in the AHL before joining St John’s IceCaps and then Stockton Heat, an affiliate of Calgary Flames. He also played for San Antonio Rampage and Peoria Rivermen.

After seven seasons within the AHL, Riley left North America to sign for Belfast.

Now the power forward, a 33-year-old physical, high impact forward, is a Devil, one of 10 import signings announced with at least four more to come.

Single game tickets for pre-season and Champions Hockey League matches are now available along with the seven-game ticket pack.