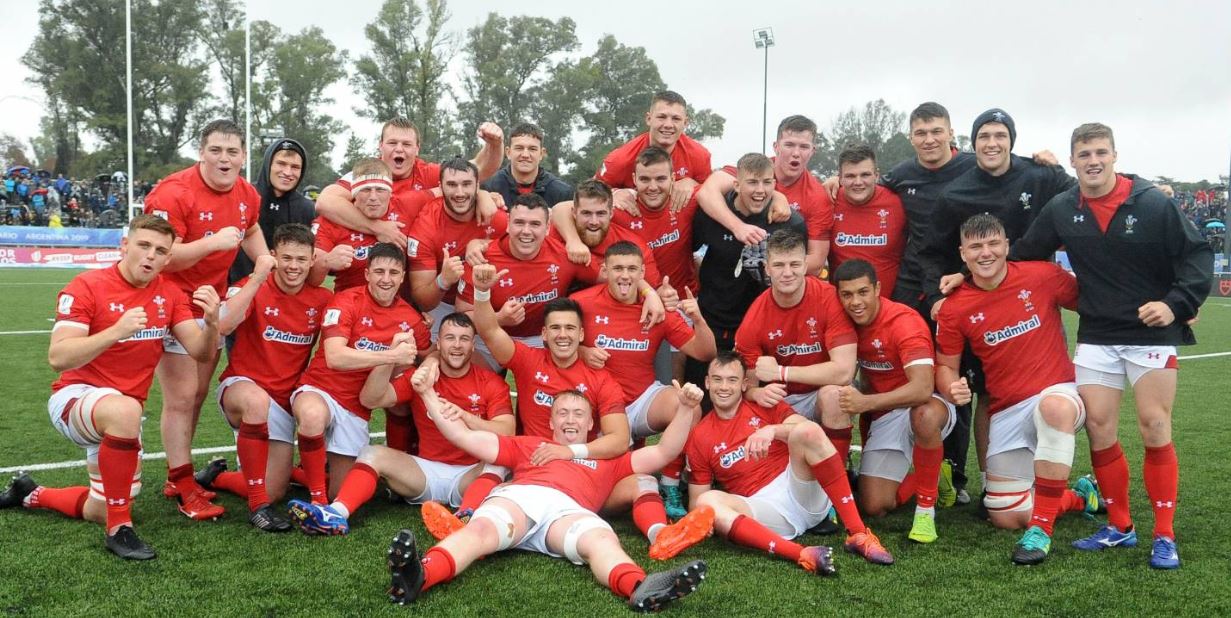 Dewi Lake has insisted the Wales U20 victory over New Zealand will count for nothing if they don’t go on to beat England.

Skipper Lake joined a small and elite band of Welsh captains who have led a national side to victory over New Zealand as his youngsters won a dramatic contest, 8-7 at the World Rugby Under 20 Championship in Argentina.

The victory in Rosario takes Wales into a fifth-placed play-off where they will meet England on Saturday.

Wales have now won three of their four games at the tournament – but a loss to France in their second match – and the peculiar nature of the format – means they can only finish fifth at best.

Lake, whose Ospreys teammate Cai Evans kicked the crucial penalty after another Osprey, Tiaan Thomas-Wheeler, had scored an opportunistic try, paid tribute to his players but has demanded more.

“There’s still another game to go,” said Lake. “Everyone knows how big it is to beat New Zealand, but for me this doesn’t mean a lot if we lose that next game.

“We want to finish fifth. We set our stall out to fin four from five and that’s the challenge that awaits us now. Whoever we play next, we have to beat.”

All the highlights on a remarkable day in Rosario!

Those opponents will be England, who beat Ireland 30-23. Unlike Wales’ match in the same city, the England game was not halted whilst a storm passed through the venue.

Wales were on the back foot for most of the match against a Baby Blacks side who could not fathom a way through the soild red wall.

It was a gritty rather than spectacular, but it was enough to give Wales only their second victory over New Zealand at U20 level following their triumph in the pool stages of the tournament seven years ago.

Lake added: “It’s hard to put into words what it feels like to beat a team like that. I am just so proud of the boys.

“It’s indescribable, really. But a lot of hard work has gone into this result – not only from the players, but from the coaches and the back room staff. There’s a lot of things that people don’t see”

The enforced break, when both teams left the field for over an hour, did not worry the skipper.

The most controversial moment of the match in its entirety.
This is New Zealand’s Samipeni Finau’s yellow card.

“It was a set-back and tough, but both teams had to go through it. For us, it was about staying focused and getting back there and then playing at the same tempo we did before.”

Neither was Lake concerned about the manner of the win as Wales used their ability to absorb almost constant pressure.

“That’s been the story of our World Cup, really. We haven’t really dominated territory or possession in any game we have played.

“But defensively, we were solid and there were some big shots going in.

“But by the time we took the break for the thunder we had already won 11 turnovers which is very high. Theoretically, you could say we shouldn’t have won, but did and that’s all that matters. I’m just so proud of everyone involved.”

Evans held his nerve to boot Wales to their win when he landed a penalty at the death.

Thomas-Wheeler’s score gave Wales the edge before the game was delayed due to the electrical storm overhead.

Tupou Va’ai looked to have snatched it for New Zealand when he crashed over nine minutes from time, but Evans kicked Wales to an historic result.

One thought on “Wales Skipper Dewi Lake Says Beating The Baby Blacks Means Nothing . . . Until They Win Against England”